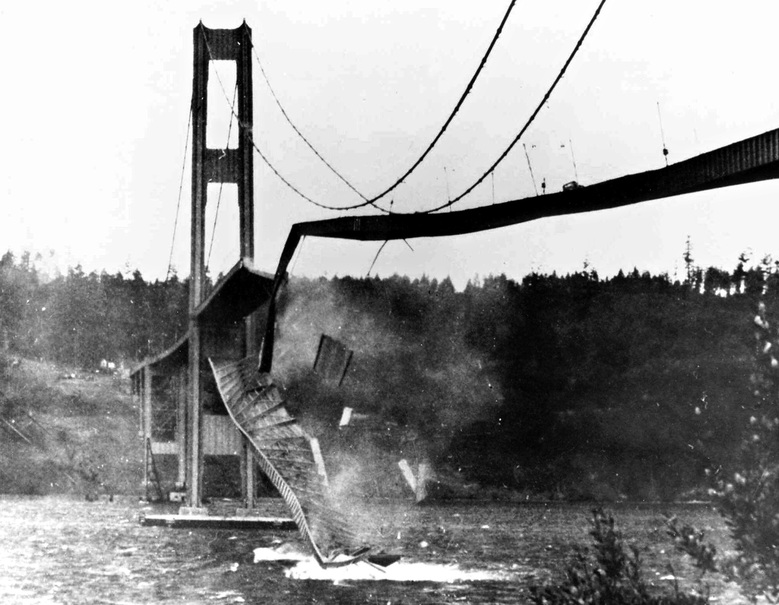 As far as I know, the footage preserved in the Library of Congress is this color footage of the collapse (minus the bizarre music selection).

Bonus version: This version is in black & white, but includes the kind of commentary we expect from ‘40s newsreels. And you think they sensationalize the news nowadays.

The Tacoma Bridge was one of the largest suspension bridges in the United States upon its completion in July 1940. On November 7th, the bridge (nicknamed “Galloping Gertie” by builders and public alike) collapsed during a strong wind. Local camera shop owner Barney Elliot captured the collapse on his 16mm camera. While not the greatest disaster in American history (there was only one casualty; a dog), the footage of the collapse is worth preserving. If nothing else it’s a good lesson for all you aspiring architects out there. You can find more information on the bridge and its history here.