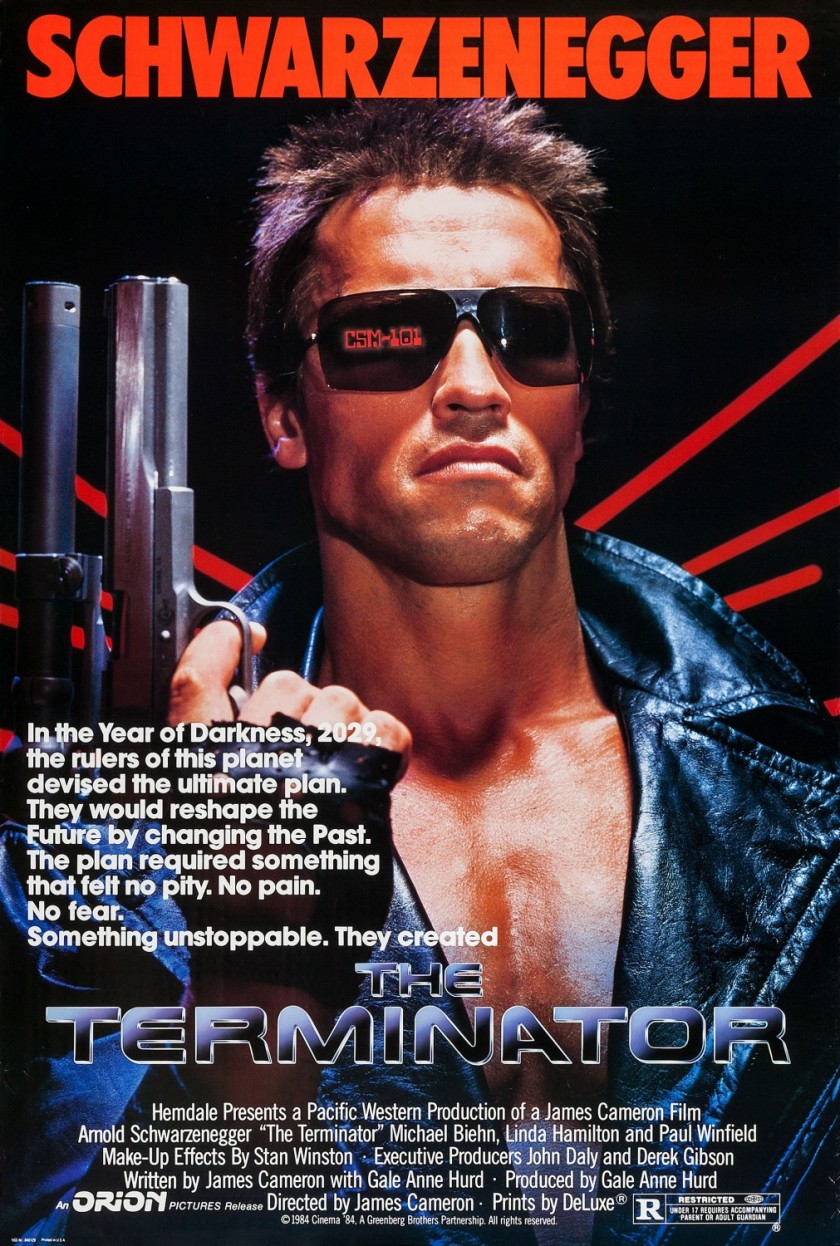 Written by Cameron & Gale Anne Hurd. Based on the works of Harlan Ellison?

The Plot: In the not-too-distant future of 2029, a war between machines and humans comes near an end when the human resistance finally takes control. To prevent this, the machines’ company Skynet sends a Terminator robot (Arnold Schwarzenegger) back in time to 1984 to kill Sarah Connor (Linda Hamilton), whose unborn son will lead the resistance. Also arriving from the 2020s is Reese (Michael Biehn), a human who will protect Sarah at all costs.

Why It Matters: The NFR calls it “among the finest science-fiction films in many decades” and praises Cameron, Schwarzenegger, Stan Winston and even the soundtrack. An essay by John Willis is a pretty thorough overview of the film, its creation, and its legacy.

But Does It Really?: The film’s lasting influence cannot be denied. As science-fiction, it’s inventive but at times illogical. As action, it’s endlessly riveting if excessively violent. Regardless of genre, “The Terminator” clips along at an exciting pace and creates a real and terrifying world for the characters to run around in. This is all grounded by Linda Hamilton’s fine performance (though I don’t believe for a second she’s only 18) and of course, the Schwarzenegger performance to end all Schwarzenegger performances.

Everybody Gets One: Amazingly this is the only film on the NFR for pretty much everyone, from Arnold and Linda Hamilton to Michael Biehn and Paul Winfield. Most surprisingly, despite directing 11 films, including two that were/are the highest grossing films ever, this is James Cameron’s only representation on the Registry…for now**.

Wow, That’s Dated: The usual ‘80s fare, like answering machines and compact laserdiscs – not to mention that score! But perhaps the most dated reference of them all: it’s an Orion picture.

Take a Shot: They actually don’t say the name “Terminator” that often. I say you do you.

Seriously, Oscars?: Perhaps due to its low-budget status and Orion’s overall lack of support for the film, “The Terminator” received zero Oscar nominations. Its sequel would help rectify this oversight with four Oscars in the tech categories.

** 2017 Update: Well that was fast. Five months later and “Titanic” shows up on the Registry. Ask and you shall receive.