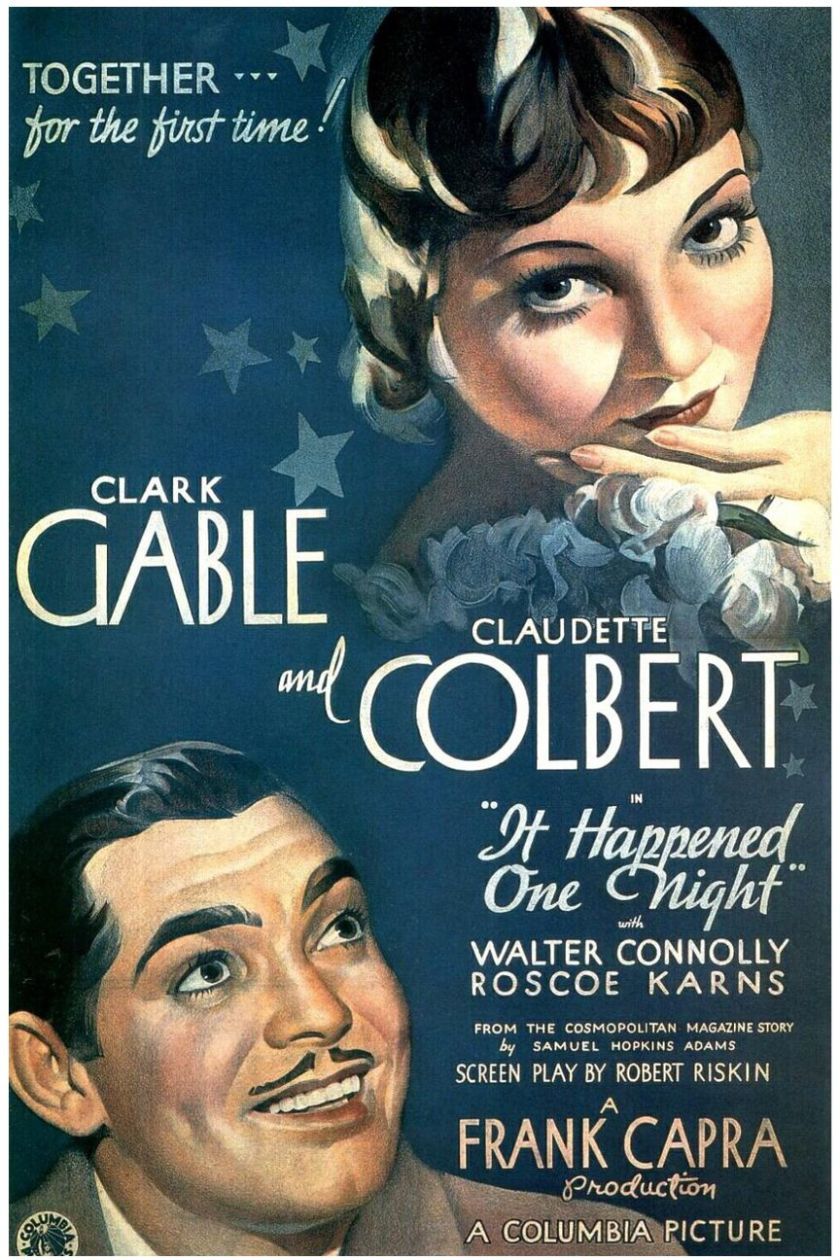 Written by Robert Riskin (with an assist from Myles Connolly). Based on the short story “Night Bus” by Samuel Hopkins Adams.

The Plot: Heiress Ellie Andrews (Claudette Colbert) has eloped with social climber King Westley (Jameson Thomas), despite the objections of her father (Walter Connolly). After Dad insists on the marriage being annulled, Ellie jumps ship (literally) and boards a Greyhound bus for New York, where King awaits. Also on the bus is recently unemployed reporter Peter Warne (Clark Gable), who recognizes Ellie when her disappearance makes headlines. After their bus leaves them behind, Peter agrees to help Ellie get to New York if he can have an exclusive interview. The two bus and hitchhike their way across the country, and while there is some initial friction, you won’t believe this, they start to fall for each other.

Why It Matters: The NFR calls the film “a classic” and gives a rundown of the film’s rocky production and eventual Oscar sweep. There’s also an essay by Ian Scott, who wrote a biography on screenwriter Robert Riskin, because someone had to.

Wow, That’s Dated: I have been on a charter bus, and there is no singing or selling of candy and cigarettes. Also dated: telegrams, and not being able to instantly access your money.

Take a Shot: Not to split hairs, but “It” actually happens over the course of several nights. This of course all depends on your definition of “It”.

Seriously, Oscars?: At the 7thAnnual Oscars, “It Happened One Night” was nominated in five major categories, and was the first to win all five: Best Picture, Director, Actor, Actress, and Screenplay. Claudette Colbert was so convinced she would lose Best Actress to write-in candidate Bette Davis she arranged to leave town the night of the ceremony for a long vacation. When Colbert was declared the winner, her train was delayed so she could run to the Biltmore and grab her Oscar.