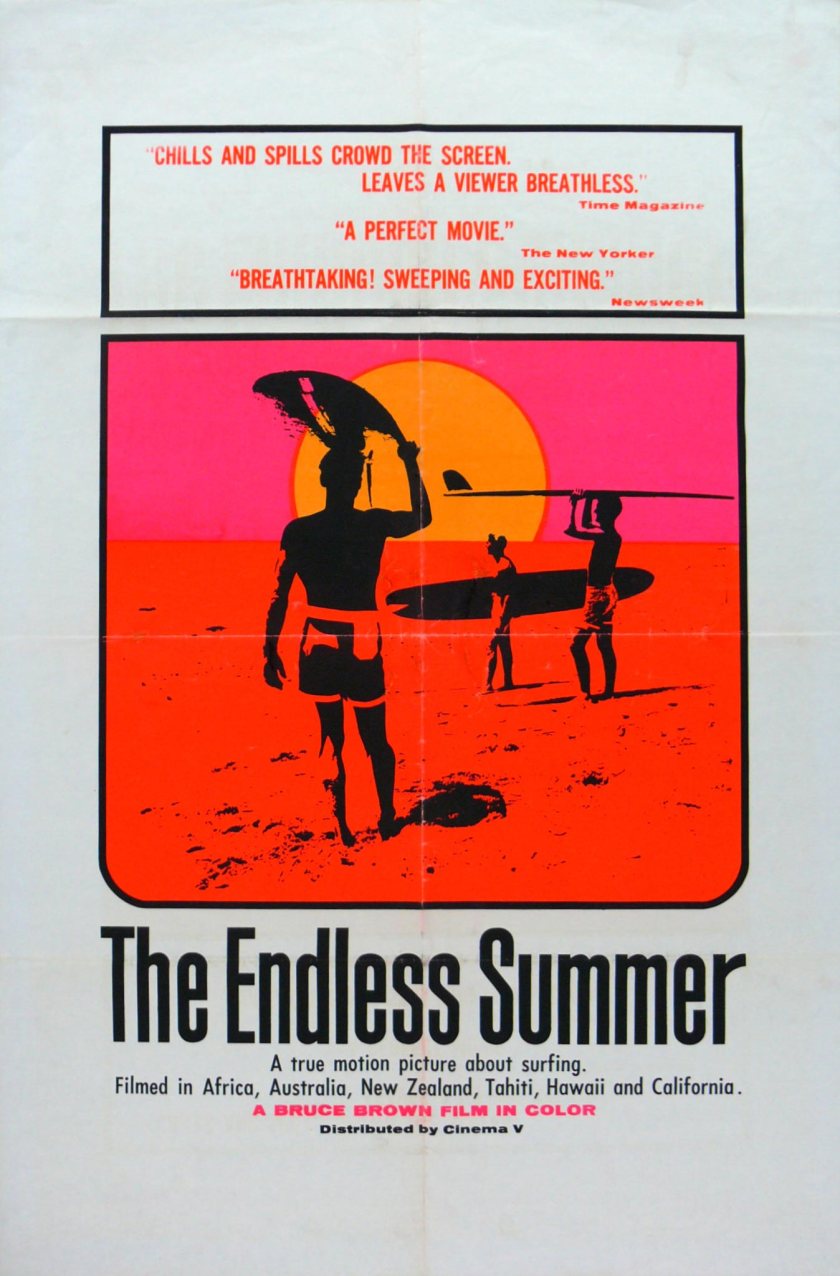 OR “Have Board, Will Travel”

The beginning of this trailer is missing, but rest assured they probably say the word “surf” at least eight more times.

The Plot: Surfers Mike Hynson and Robert August travel the world in order to catch the best waves during the warmest conditions, hence an “Endless Summer”. Director Bruce Brown casually narrates as they travel the coasts of Africa, Australia and New Zealand to find the best beaches, some un-surfed by man at that point. All this and endless surf music!

Why It Matters: The NFR’s official description of the film is just a rundown of the film’s struggle to get distribution. The only superlative used to describe the film itself is “droll”. Not exactly a selling point.

But Does It Really?: By comparison my response seems overzealous. It’s not the greatest documentary ever, but “The Endless Summer” does what any good documentary should do; showcase a culture or a place that you might not know or might not fully understand. It never gets too stuffy or self-important and keeps a fun attitude throughout. Plus, it’s a great travelogue of all the places they visit. I guess I never truly appreciated the art of surfing before this film. If you’re going to have one surf film on the Registry, this is a fine choice.

Shout Outs: Bruce throws in a “Lawrence of Arabia” homage while everyone travels across the South African desert.

Everybody Gets One: Bruce Brown made several surf documentaries leading up to “Endless Summer”. Ironically, he received his one Oscar nomination for Best Documentary when he left surfing and moved on to motorcycle racing for “On Any Sunday”. As of this writing both Mike Hynson and Robert August are still with us and sell surfboards online along with other beach/“Endless Summer” paraphernalia. Here’s Mike’s website and here’s Robert’s.

Wow, That’s Dated: Ladies and Gentlemen, The Sandals! Also, at one point the boys complain that gas in Senegal is $1 a gallon. Highway robbery, I tell you!

Listen to This: They’re not mentioned in “The Endless Summer”, but how can you talk ‘60s beach culture without The Beach Boys? Added to the NRR in 2004, their album “Pet Sounds” shifts away from the surf-specific themes of their earlier songs, but nevertheless defines the ’60s surf era. And it’s “Wouldn’t It Be Nice” right out of the gate! How perfect an album is that?