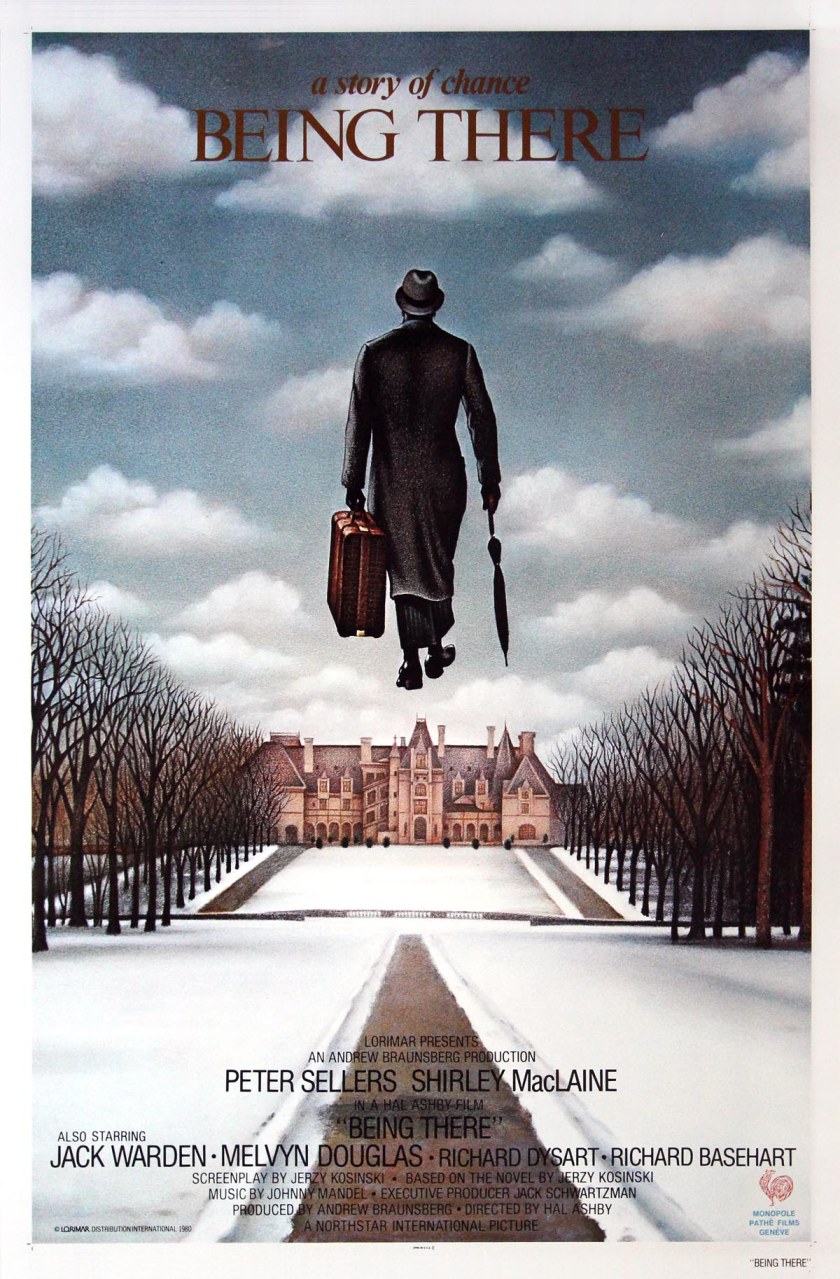 Written by Jerzy Kosinski. Based on his novel.

The Plot: Simple-minded gardener Chance (Peter Sellers) has lived in his boss’ estate his entire life and knows only two things: gardening and what he sees on TV. When the old man dies, Chance is sent out into the real world of Washington D.C. Through a series of circumstantial events he is befriended by elderly tycoon Ben Rand (Melvyn Douglas) and his younger wife Eve (Shirley MacLaine). Chance’s simple statements about gardening are misconstrued as profound pieces of advice, which propels him into the inner circles of the political elite. This does not go unnoticed by the President (Jack Warden) and a small group of others who begin to investigate this mysterious man.

Why It Matters: The NFR calls it “a philosophically complex film that has remained fresh and relevant.” The work of Ashby, Kosinski, and particularly Sellers are singled out.

But Does It Really?: Oh yes. “Being There” is another one of those films where everything just works. It has a very simple charm to it and never betrays that simplicity. Due to the ever-changing political landscape I’m not quite sure if the satire packs quite the same punch, but it’s still quite enjoyable watching Chance get to where he ends up. “Being There” might not be the first film you’d think about including on the Registry, but once the title comes up you think “Of course”.

Shout Outs: Among the films Chance sees on TV are NFR entries “Little Caesar” and “Jezebel”.

Everybody Gets One: Actors Richard Baseheart and David Clennon, plus James Noble, who was concurrently holding fake political office himself as the Governor on “Benson”.

Everybody Gets One (Via Archival TV Footage): ‘70s TV staples Paul Lynde, Ray Jay Johnson, Bob Barker, Fred Rogers, Jon “Bowzer” Bauman, and Mumbly the Dog all appear on TV in this film at some point.

Wow, That’s Dated: All that TV Chance watches, plus a fleeting reference to our nation’s bicentennial.

Seriously, Oscars?: Only Sellers and Douglas ended up getting nominated, leaving no room for the likes of MacLaine, Ashby, or Kosinski. Melvyn Douglas won Best Supporting Actor, partly due to his work in this and 1979’s “The Seduction of Joe Tynan”, and partly because like his character, he too was dying. And while Peter Sellers won much acclaim for his work here, he lost to fellow overdue veteran Dustin Hoffman for his more emotive performance in “Kramer vs. Kramer”.