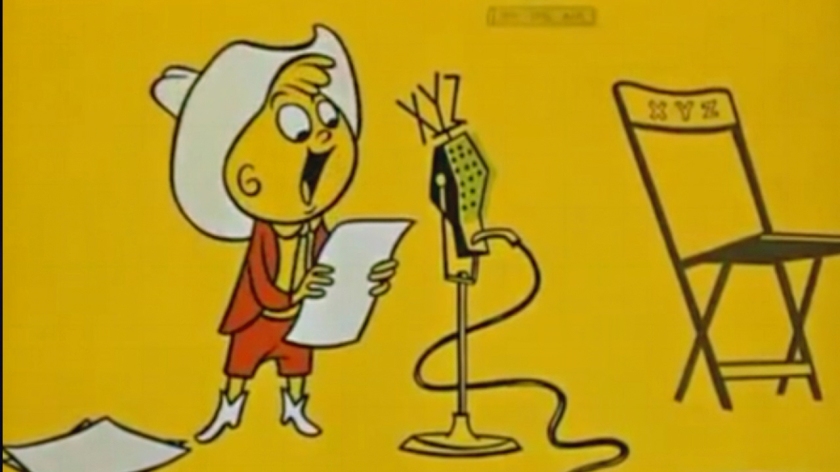 OR “The Boinging of a New Era”

Written by Bill Scott & Phil Eastman. Based on the story by Dr. Seuss.

The Plot: In Dr. Seuss fashion, a story in rhyme

Of a boy who speaks sound effects all of the time.

I’m kidding. How much would you hate me if I did this whole post in verse?

Why It Matters: The NFR cites the film as a representation of UPA’s more cartoonish style of animation, versus Disney’s more realistic style.

But Does It Really?: UPA was a game-changer in the world of animation, and I’m glad there’s a place for them on the Registry. “Gerald McBoing-Boing” is harmless enough as far as shorts go. It tells a good story with inventive animation, which is really all you can ask for.

Everybody Gets One: Among the animators who worked on the film was Bill Melendez, who would go on to turn the “Peanuts” comic strip into a series of acclaimed animated TV specials.

Seriously, Oscars?: In one of the rare cases where Oscar actually embraced something new, “Gerald McBoing-Boing” won the Best Animated Short category against more traditional fare like “Tom & Jerry”. UPA would continue to have a strong showing in this category throughout the ‘50s, most notably in 1957 when all 3 nominees were from UPA!

Further Viewing: If you’re looking for another Dr. Seuss film adaptation that’s not based on his classic books, might I recommend the incredibly bizarre “The 5,000 Fingers of Dr. T.” It’s…weird, it’s just weird.