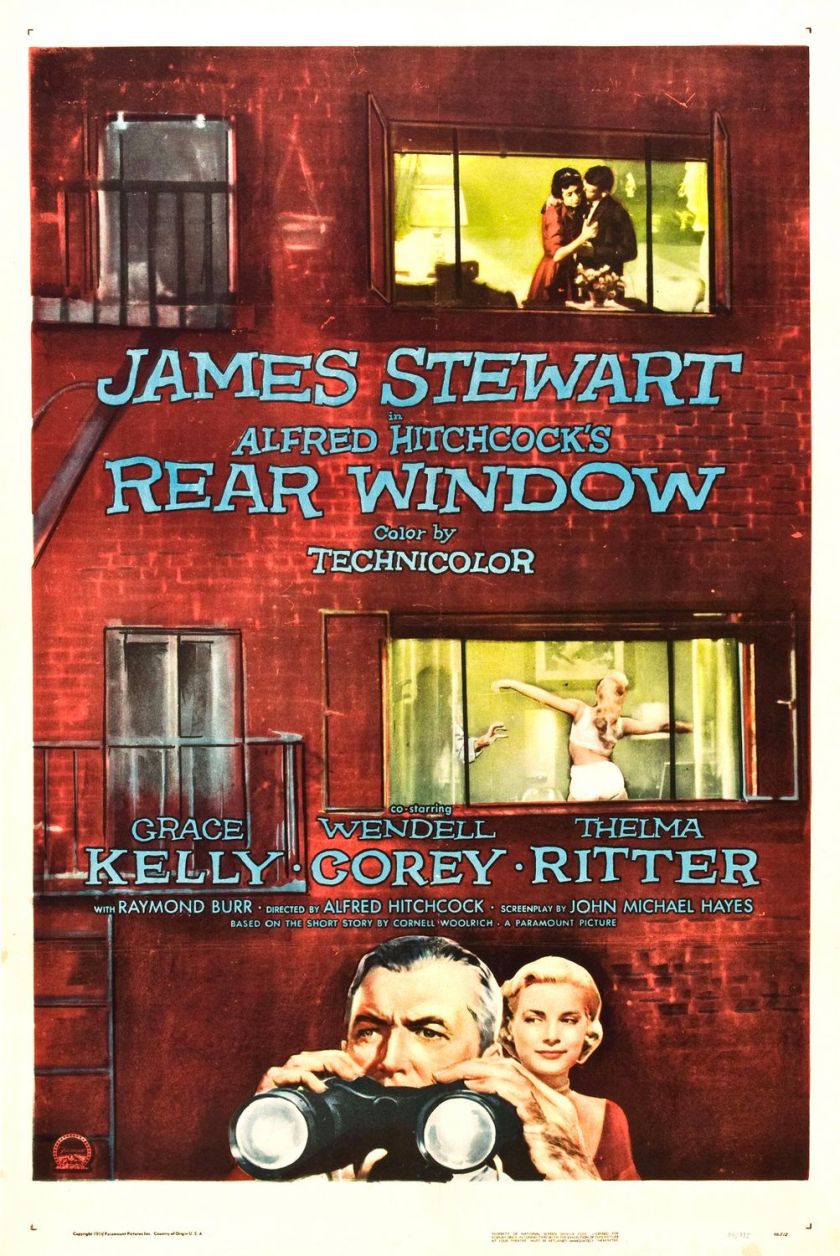 Written by John Michael Hayes. Based on the short story “It Had to Be Murder” by Cornell Woolrich.

The Plot: Globetrotting photographer L.B. “Jeff” Jeffries (James Stewart) breaks his leg on assignment and is confined to a cast and wheelchair in his Greenwich Village apartment for six weeks. When not being tended to by his wisecracking nurse Stella (Thelma Ritter) or his high society girlfriend Lisa (Grace Kelly), Jeff spends his free time peeking at the neighbors. One day, Jeff notices that the bedridden wife of his salesman neighbor Lars (Raymond Burr) has disappeared. Everyone, including Jeff’s detective friend Lt. Doyle (Wendell Corey), believes she just went out of town, but Jeff is convinced that Lars killed his wife and disposed of the body. Can he prove it without ever leaving his apartment?

Why It Matters: The NFR praises the film’s direction and screenplay, and an essay by National Film Preservation Board founding member John Belton examines the film’s voyeuristic theme.

But Does It Really?: The plot of “Rear Window” is deceivingly simple, but the execution is exquisitely complex and endlessly rewarding. This is the movie that allowed Hitch to be the pure voyeur we always suspected he was. Hitch takes the premise of spying on your neighbors and makes us feel like we are right alongside Jeff, watching this all unfold. The cast is excellent, but the real stars are Hitchcock’s meticulous direction and an equally methodical screenplay by John Michael Hayes. Easily one of the best Hitchcock films.

Everybody Gets One: Screenwriter John Michael Hayes, as well as actor/future Academy President Wendell Corey. And special mention to Irene Winston as Mrs. Thornwald, aka “The vic”.

Wow, That’s Dated: Flashbulbs, phone books, and incredibly antiquated gender politics. Plus, this is back when songs like “Mona Lisa” and “That’s Amore” were Top 40 hits! If this were made today, the party would be singing along to that “Despacito” song you kids like nowadays.

Title Track: Lisa mentions “rear window ethics” about 80 minutes in. Grace Kelly immediately follows this up by tripping over her next line. I guess the pressure of saying the title was too much for her. No wonder she quit acting.

Seriously, Oscars?: “Rear Window” received four Oscar nominations: Cinematography, Sound, Adapted Screenplay, and Director. It lost in all four categories, ironically in two of these cases to another James Stewart movie (“The Glenn Miller Story”) and another Grace Kelly movie (“The Country Girl”). The film was not nominated for its massive replica Greenwich Village set, nor for Best Picture.

Further Viewing: A video by Jeff Desom is the entire film of “Rear Window” boiled down to a three-minute time-lapse. It is quite an impressive feat of editing.