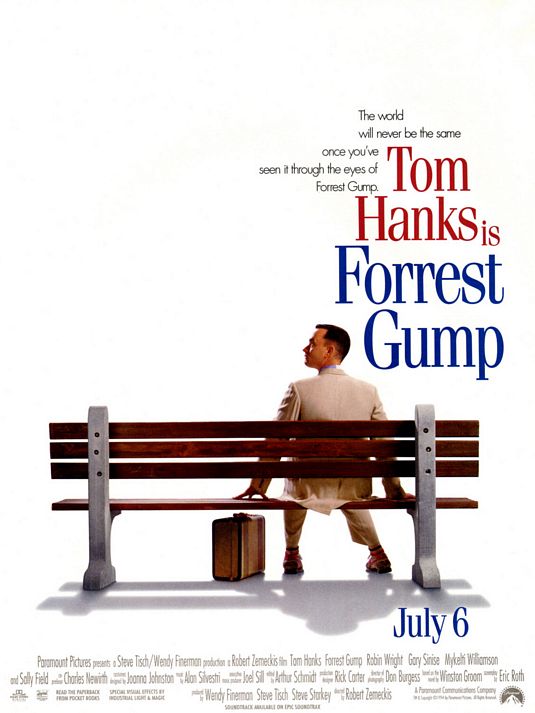 OR “Boomer Has It”

Written by Eric Roth. Based on the novel by Winston Groom.

The Plot: Tom Hanks is Forrest Gump, a well-meaning but simple-minded man from Greenbow, Alabama. While sitting on a bus stop bench in 1981 Georgia, Forrest reminisces about his life. From his upbringing with his strong-willed mother (Sally Field), to a stint as an All-American Football player, to his service in the Vietnam War alongside shrimp enthusiast Bubba (Mykelti Williamson), to his business endeavors with embittered veteran Lt. Dan (Gary Sinise), Forrest has worn lots of shoes. Over the years, Forrest has an intermittent relationship with his childhood friend Jenny (Robin Wright), as well as several brushes with history.

Why It Matters: The NFR praises the film’s special effects, in addition to its approach to recent American history that is definitely open to interpretation.

But Does It Really?: “Forrest Gump” is what would happen if “Being There” had a baby with “We Didn’t Start the Fire”. I watched this movie a lot growing up, and as an adult it holds up pretty well. The special effects and historical touchstones are fun, but the key to this film’s success is a landmark performance by Hanks, and a blank-slate approach to modern Americana that, like “Being There” before it, can represent almost anything you want it to. Most of the boomer references may be lost today, and the metaphors are a tad on the nose (Don’t get me started on that damn feather), but ultimately “Forrest Gump” is still an endearing modern classic, with a cultural impact the NFR can’t deny.

Shout Outs: Among the quick cultural references throughout the film are NFR entries “The Graduate”, “Rosemary’s Baby”, “Butch Cassidy and the Sundance Kid”, and “Midnight Cowboy”. Added bonus: digitally altered footage from “The Birth of a Nation”.

Everybody Gets One: The major one is Gary Sinise, plus Haley Joel Osment, though I suspect his other famous film can’t be too far behind.

Seriously, Oscars?: As the L.A. Times predicted leading up to the 1994 Oscars, “When in doubt, go with ‘Gump’”. And the Academy did just that: “Forrest Gump” received 13 nominations (the leading film that year) and won seven, including Best Picture, Director, Adapted Screenplay, and Actor for Tom Hanks – his second consecutive win. The most surprising (but understanding) of its losses was Alan Silvestri’s iconic score losing to the equally iconic work of Hans Zimmer for “The Lion King”. The “Gump” sweep was inevitable, but did screw over fellow NFR entries “Pulp Fiction” and “The Shawshank Redemption”. 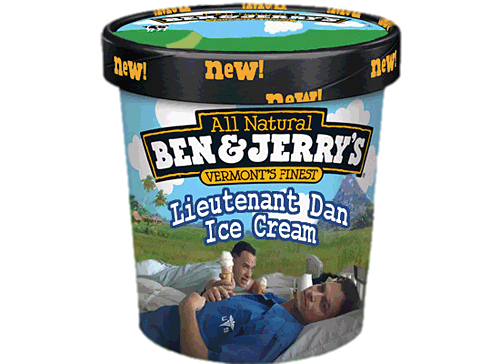 Listen to This: Not since “The Big Chill” has a film had such a Baby Boomer soundtrack. Of all of the track listings, the National Recording Registry has selected “Fortunate Son” by Creedence Clearwater Revival and “Respect” by Aretha Franklin.