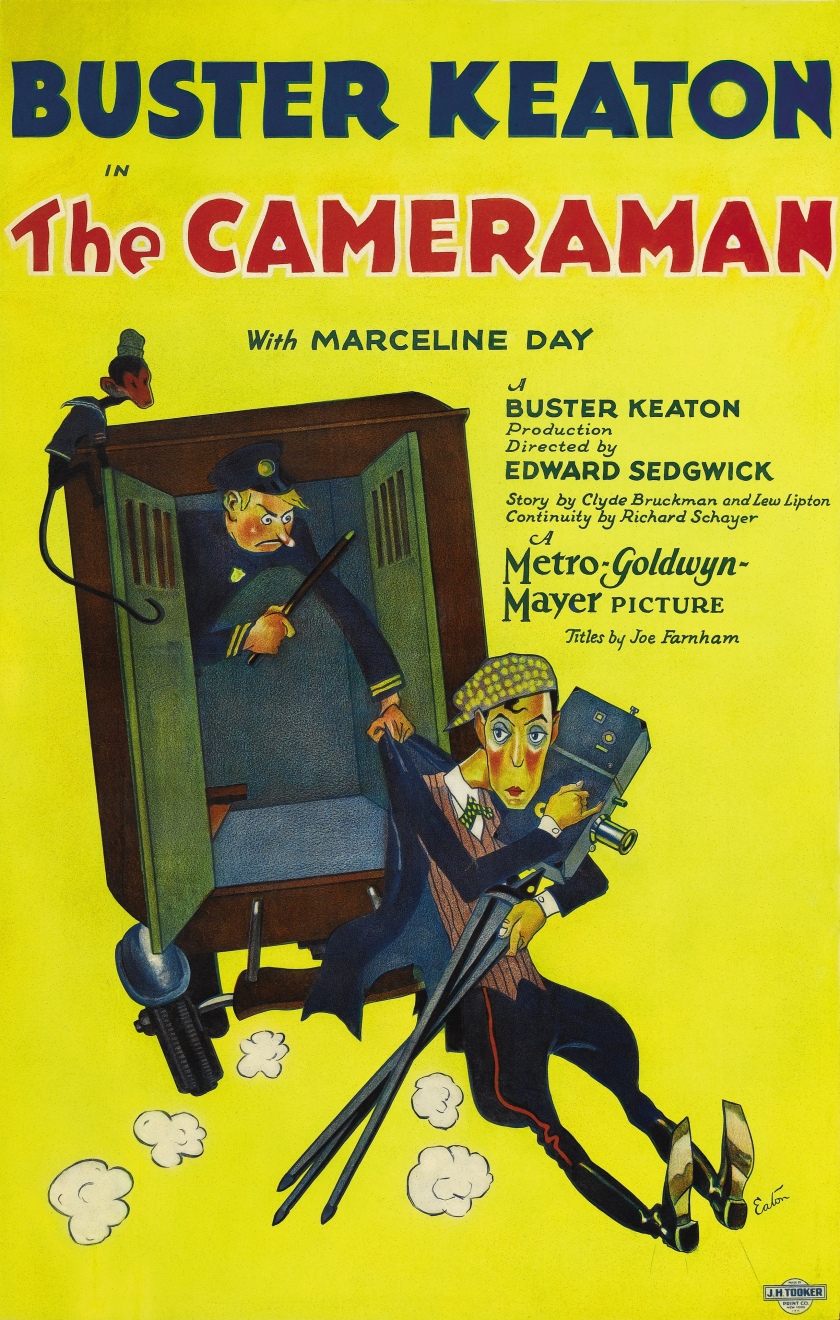 Directed by Edward Sedgwick (with uncredited assistance from Buster Keaton)

The Plot: Photographer Buster (Buster Keaton) falls for Sally (Marceline Day), who works as a secretary for MGM Newsreels. Buster buys a used film camera and applies for a job, while simultaneously trying to ask out Sally, both leading to hilarious results. All the while, Buster must also contend with Sally’s rival beau Harold (Harold Goodwin) and a police officer (Harry Gribbon) who thinks Buster is nuts. Also there’s a monkey.

Why It Matters: Wow, someone at the NFR really likes this movie. Their write-up calls “The Cameraman” “seamless [and] ingenious”, and that the film features “some of the best treatises on the techniques and psychology of shooting motion pictures.” That’s a fancy way of saying it has lots of ha-has in it.

But Does It Really?: Oh man, this is a tough one. Historically, the film represents Keaton’s last creative hurrah in a decade long hot streak: “The Cameraman” was his final silent film, as well as his first movie under contract at MGM. The film has plenty of quality Keaton gags that hold up quite well, but overall it’s more a series of well-constructed bits than a cohesive movie. Still, second-tier Keaton is better (and funnier) than first-tier almost anybody else. I can give “The Cameraman” a very slight pass, but if you’re short on time, stick with Keaton’s undisputed classics like “Sherlock Jr.” and “The General”.

Seriously, Oscars?: MGM had the Best Picture winner of 1929 with “The Broadway Melody”, but “Cameraman” received zero nominations at the 2nd Oscars. None of Keaton’s subsequent films received any Oscar love, either. A new generation rediscovered Keaton’s filmography in the 1950s, and in 1960 Keaton received an honorary Oscar for lifetime achievement.