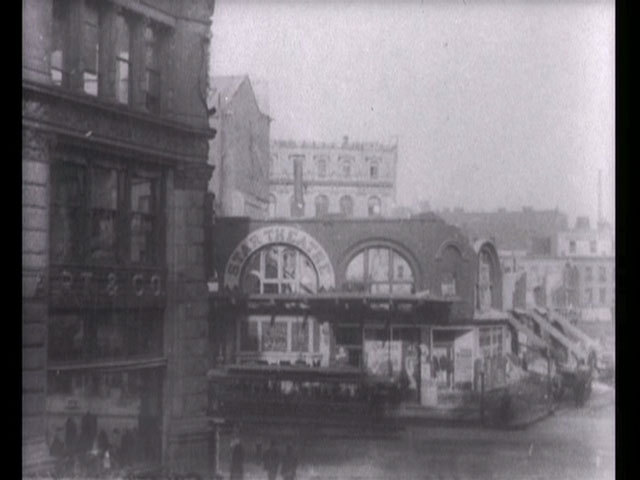 OR “Breaking the Fourth Wall (And the Other Three)”

The Plot: Time-lapse photography shows us the demolition of New York City’s Star Theatre. The real event occurred over the course of 30 days from April to May of 1901, but thanks to the geniuses at Biograph, you can see the whole thing in less than two minutes!

Why It Matters: The NFR gives a brief summary, plus some backstory on the project.

But Does It Really?: I’ll say sure, because time-lapse photography is neat, and someone had to introduce it to the American mainstream. Plus this is one of the few films that remotely cares about the death of the American Theater. Where’s this guy’s Isabelle Stevenson Award?

Everybody Gets One: F.S. Armitage did most of his groundbreaking camera work for the American Mutoscope and Biograph Company (later shortened to Biograph Company). Time-lapse photography was his main trick with this short, but he also experimented with film reversal and image superimpositions. Virtually nothing is known about Armitage outside of a six-year period with Biograph, and most of that information is his filmography.

Only tangentially related to this film, I’ve always enjoyed this photo of Gloria Swanson posing amongst the rubble of the former Roxy Theater movie palace in 1960. The main lobby area is currently home to a T.G.I. Friday’s. What’s playing at the Roxy? Steak and ribs, mostly.