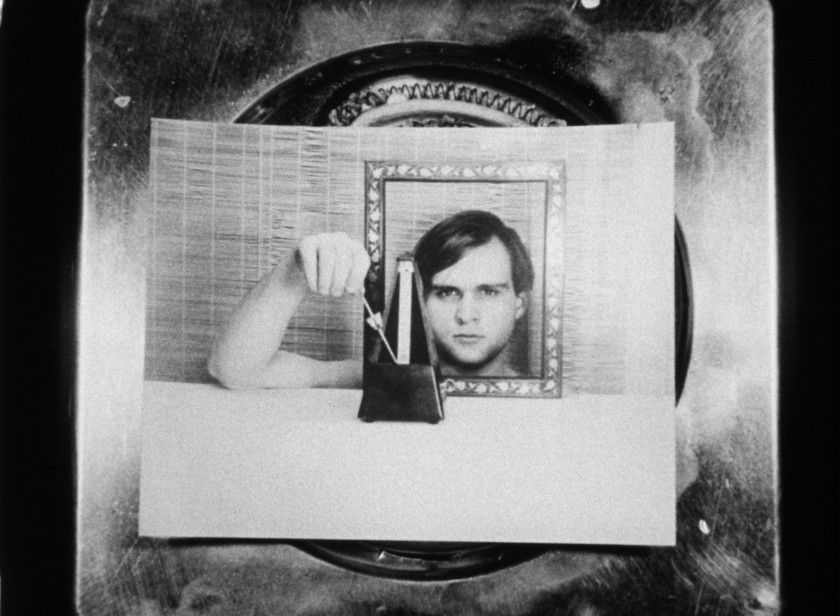 OR “Burn After Filming”

The Plot: Experimental filmmaker/photographer Hollis Frampton showcases 12 of his photos from over the years. Fellow experimental artist Michael Snow narrates a transcription of Frampton’s recollections of the photo. Not interesting enough? Well what if I told you they burn the photos over a hot plate while the narration is happening? What do you think of that?

Why It Matters: The NFR calls it “eloquent and evocative in its exploration of memory and family” and…that’s it. The description of this one is literally one sentence. They do, however, include an essay that is just the liner notes from the DVD.

But Does It Really?: At first I was pretty “meh” about this film’s NFR inclusion. But the more I read about Hollis Frampton, the more I came around to the idea. As his avant-garde photography evolved into film he started to push the boundaries of what film could be. His concepts were deceivingly simple, yet quite thought-provoking. “(nostalgia)” is a perfect representation of Frampton’s work. It is not only a unique piece of filmmaking, it’s also, appropriately enough, about preservation and memory. These photos were long destroyed, but they live on in film. Makes ya think, don’t it?

Everybody Gets One: Both a high school and college dropout, Hollis Frampton knew early on that he wanted to be a poet. After a brief but illuminating correspondence with the poet Ezra Pound, Frampton realized that poetry was not his calling, and moved to New York with his former classmates Frank Stella and Carl Andre. He quickly took up photography, which quickly became filmmaking. I’m not sure when Frampton met Michael Snow, but they were both in the New York art scene of the early ‘60s, and that seems like a small enough group where everybody knows everybody. Michael Snow is a successful artist and experimental filmmaker in his own right, and at one point did an experimental music piece based around the Whitney Houston song “How Will I Know”.

Wow, That’s Dated: Mainly the practice of developing film. “One photograph left on the roll” would be replaced today with “low battery on my phone”.

Seriously, Oscars?: No nominations for “(nostalgia)”. I’m a little uncertain as to whether it would qualify as a live-action short or a documentary short. Weirdly enough, the film “Sentinels of Silence” won in both categories at the Oscars that year. Oscar rules were quickly changed so that documentary shorts could not also compete in the Live-Action Short category. It’s the kind of genre-bending head-scratcher that would feel right at home in one of Frampton’s films.