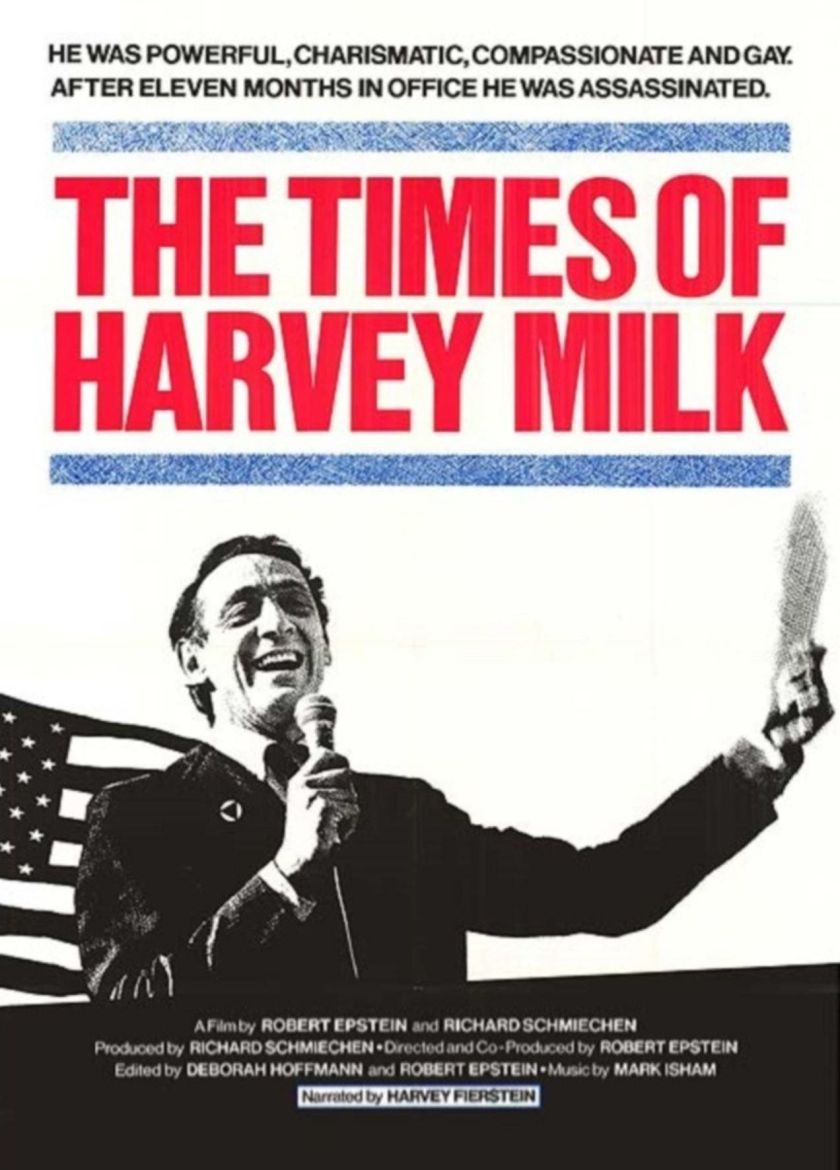 Not so much a trailer as it is a snippet from the film, featuring “You Make Me Feel (Mighty Real)”.**

The Plot: Utilizing archival footage, local news coverage, and present day interviews with those who knew the man, “The Times of Harvey Milk” chronicles San Francisco’s “Mayor of Castro Street” and California’s first openly gay elected official. Among the topics covered are Milk’s landmark 1977 election to San Francisco’s Board of Supervisors, his stance against the 1978 Briggs Initiative (which would have prevented openly gay Californians from teaching), his tragic murder – alongside San Francisco Mayor George Moscone – by co-supervisor Dan White, and the impact his death had on California and the LGBT community. Narrated by Harvey Fierstein in what may be his least vocally intrusive performance.

Why It Matters: The NFR calls the film a “moving and incisive portrait” as well as “a historical document of a grassroots movement gaining political power through democratic means.”

But Does It Really?: “The Times of Harvey Milk” is being preserved for its standing as a compelling, engaging documentary, and as a time capsule of a specific pivotal moment in American history. Rob Epstein has solidified his place as a pioneering documentarian of gay Americans, and one of his films should be on the list. This film’s cultural significance is already very strong, and I suspect will just keep getting stronger.

Everybody Gets One: Everyone involved in this film, primarily director Rob Epstein (more on him in the “Legacy” section), and narrator Harvey Fierstein (though of his other films, I’m gonna guess the next entry will be… “Independence Day”?)

Seriously, Oscars?: At long last, I have covered an Oscar winning documentary. “The Times of Harvey Milk” is one of only five Best Documentary Oscar winners to make the Registry. Finally, Oscars!

Further Viewing: If you want the Harvey Milk biopic, look no further than “Milk”. I saw it in 2008 at the Castro Theater, which was an experience unto itself.

**2019 Update: Rejoice, for “You Make Me Feel (Mighty Real)” by Sylvester has just been added to the National Recording Registry!