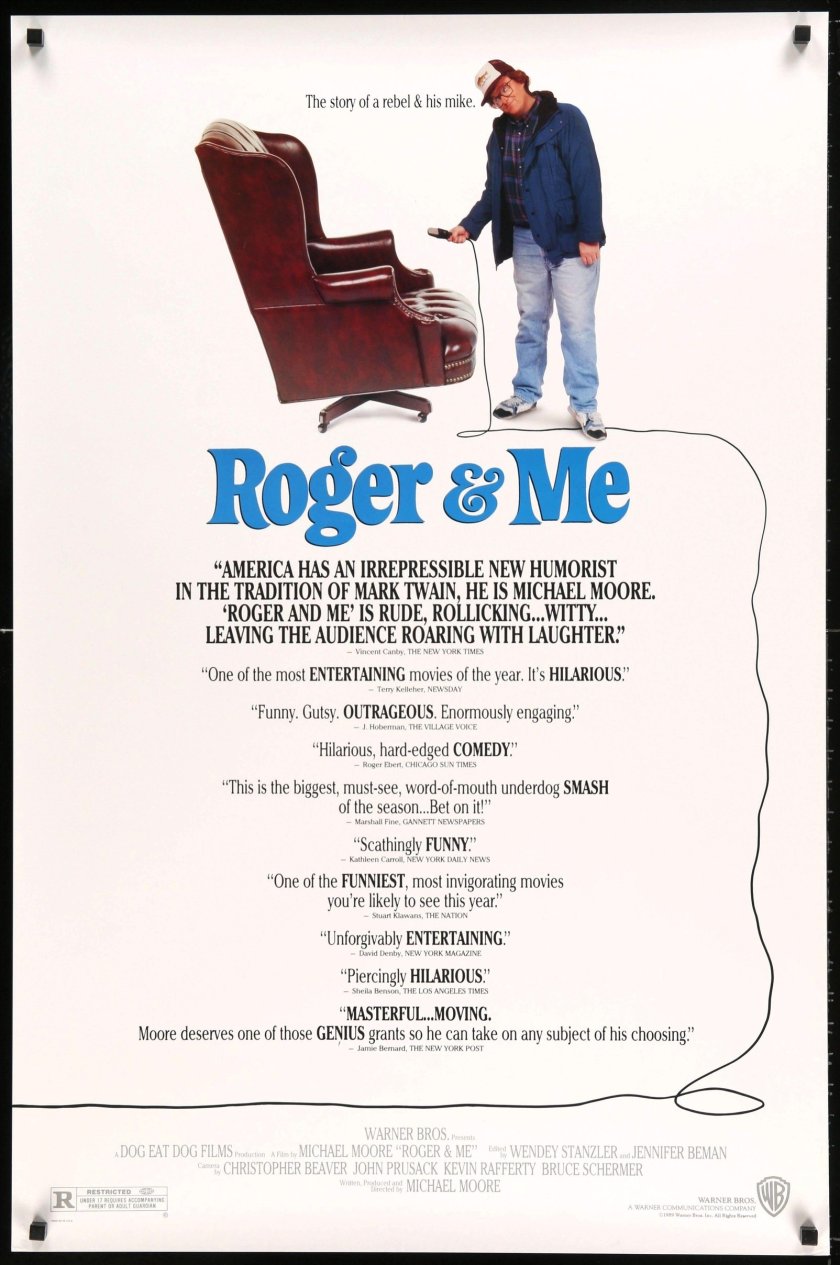 The Plot: Journalist Michael Moore returns to his hometown of Flint, Michigan in 1986, just as the town’s General Motors plant announces a seismic number of layoffs. 30,000 employees find themselves out of work, despite General Motors continuing to turn a profit. Moore chronicles Flint’s citizens as they grapple with a downward-spiraling economy. Simultaneously, Moore attempts to contact GM Chairman/CEO Roger B. Smith and hold him accountable for the devastation his “business solutions” have caused.

But Does It Really?: Like many of Moore’s documentaries, “Roger & Me” is flashy and biased, but packs more punches in 95 minutes than most quote-unquote serious films.  “Roger & Me” starts as an investigation and ends with Moore exposing the toll capitalism takes on the working class, as well as the hypocrisy of the American dream. It is downright infuriating how relevant “Roger & Me” and its reportage of class warfare has remained 30 years later. Like him or hate him, Michael Moore and his effective documentaries have earned their place in the National Film Registry.

Everybody Gets One: Michael Moore sums up his youth pretty succinctly in the film’s opening minutes. The unnamed San Francisco magazine Moore worked for was “Mother Jones”, which he successfully sued for wrongful termination. Moore used the money from the settlement to partially fund “Roger & Me”. A first time filmmaker, Moore learned the technical aspects of the movies from “Atomic Café” director (and one of this film’s cinematographers) Kevin Rafferty.

Seriously, Oscars?: “Roger & Me” won a bevy of critics awards, but was famously snubbed for the Best Documentary Oscar. This movie was the first of many acclaimed documentaries to be shutout of the Oscars, culminating with “Hoop Dreams” and an investigation into how the Documentary branch selects the nominees. While some filmmakers were outraged by the exclusion of “Roger & Me”, an anonymous Academy member informed the L.A. Times that voters perceived the film as “dishonest and unfair to its subjects.”