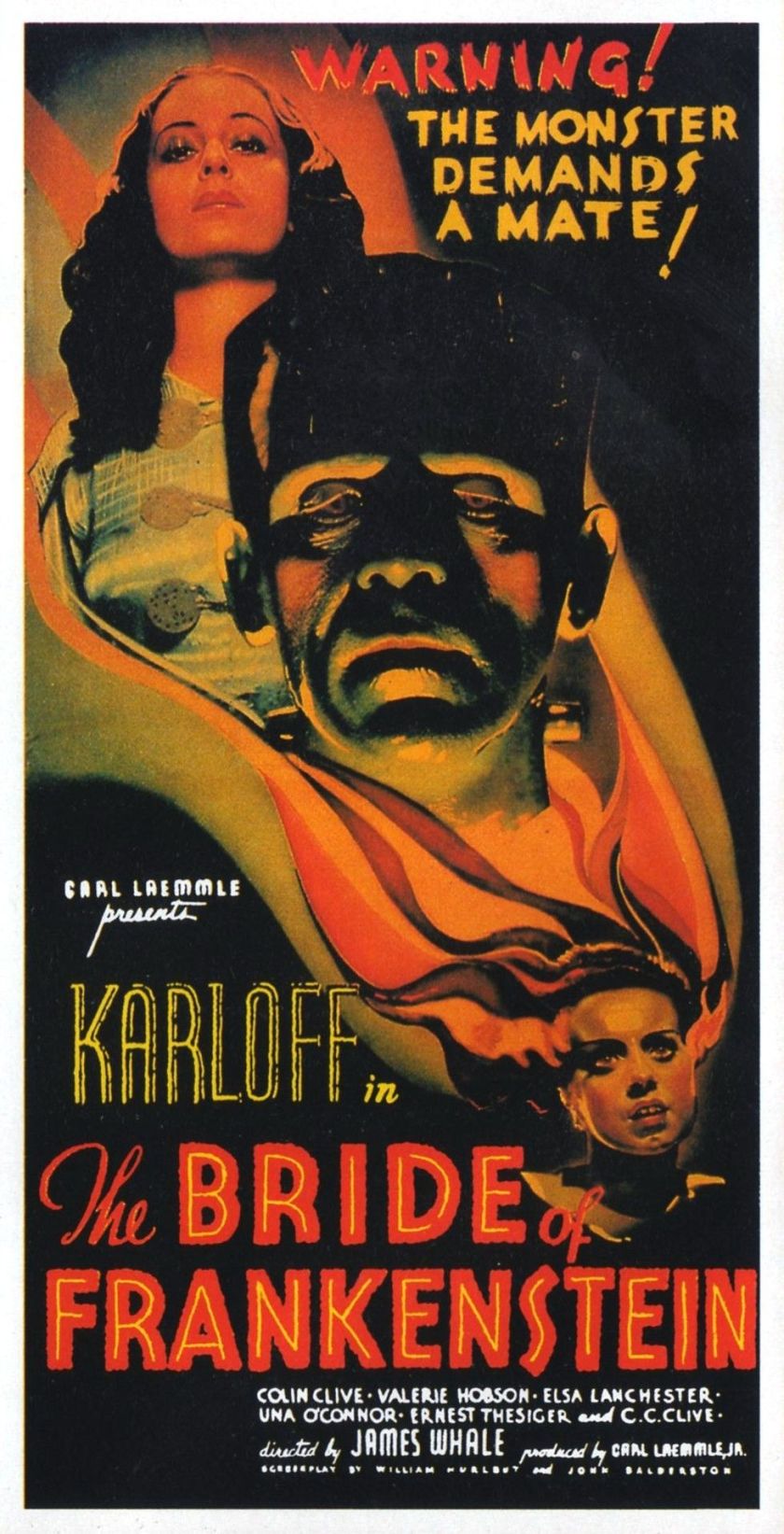 OR “Something Old, Something New, Someone Buried, Dead Like You”

Written by William Hurlbut. Adapted by Hurlbut and John L. Balderston. Based on the novel “Frankenstein” by Mary Shelley.

The Plot: Picking up immediately from where the first film left off, it turns out both Henry Frankenstein (Colin Clive) and his creation (Boris Karloff) survived their confrontation in that burning mill. The monster escapes a vengeful mob and wanders the countryside, being befriended by a blind hermit (O.P. Heggie) who teaches him speech. Henry returns home and swears off playing God, but a visit from his mentor Dr. Pretorius (Ernest Thesiger) convinces Henry to create a mate (Elsa Lanchester) for the creature. Will lightning literally strike twice for the doctor?

Why It Matters:The NFR praises the performances of Karloff and Thesiger (“captivatingly bizarre”), mentions the “surreal visuals” and the film’s standing as “superior to the original.” And hey, there’s that essay from film critic Richard T. Jameson again!

But Does It Really?: Like its predecessor, “Bride of Frankenstein” is unquestionably iconic enough for preservation. That being said, I don’t know if this film is better than the original. Despite sharing the same creative team, these are two surprisingly different films. “Bride” is somehow simultaneously more theatrical and more cinematic than the first film. In addition to actually having a score (from the legendary Franz Waxman) the technical leaps made in “Bride” are outstanding (it helps that the budget for “Bride” was 35% larger than “Frankenstein”). The two “Frankenstein” films are apples and oranges, but “Bride” stands next to the first as the horror film all others strive to be.

Everybody Gets One: Stage actor Ernest Thesiger was a colleague of James Whale’s during their theater days in England. Whale insisted on Thesiger for the role of Pretorius over Universal’s first choice: Claude Rains. Also featured is Universal contract player Valerie Hobson, replacing an unavailable Mae Clarke as Elizabeth.

Take a Shot: This is the first film in the series to explicitly refer to the monster as “Frankenstein”, and Thesiger does call the mate “the bride of Frankenstein” near the end of the film.

Seriously, Oscars?: This film outdid the original in at least one aspect: it got an Oscar nomination. “The Bride of Frankenstein” was up for Best Sound Recording, but lost to fellow NFR-entry “Naughty Marietta”.