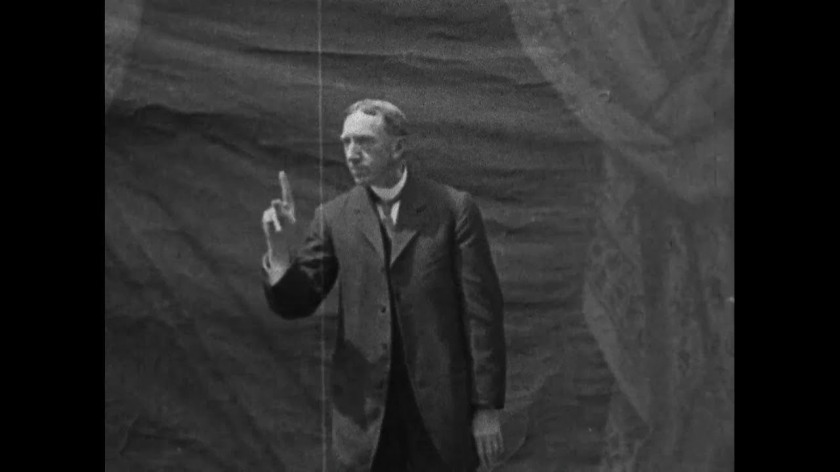 OR “Grandparents of a Lesser God”

The Plot: National Association of the Deaf’s president George Veditz signs an impassioned speech about preserving sign language at a time when such countries as France and Germany were eradicating the practice. Veditz promotes signing’s superiority to lip-reading, as well as his mission to preserve sign language through a series of films.

Why It Matters: The NFR gives no superlatives, but their write-up includes a healthy dosage of historical context. There’s also a detailed essay by Christopher Shea, archivist at Gallaudet University (whose namesake gets a shout-out in the film).

But Does It Really?: Many films on this list document a culture or a specific time period, but “Preservation of the Sign Language” may be the only one to preserve a language. I’m always looking for NFR entries that stand on their own unique piece of land, and “Preservation” achieves that from its first moments. An important inclusion to the NFR, and yet another reminder for me to brush up on my ASL.

Everybody Gets One: George Veditz was fluent in both English and German (both his parents were immigrants) before losing his hearing at age eight to scarlet fever. He studied at the aforementioned Gallaudet University (then known as the Columbia Institute for the Instruction of the Deaf). After being elected president of the National Association of the Deaf, Veditz was the first to recognize film as a medium to preserve ASL, raising the necessary funds for a proposed film series. “Preservation of the Sign Language” is the first of the NAD’s films.

Wow, That’s Dated: Though ASL is common practice now, it was not widely accepted 100 years ago. The Milan Conference of 1880 put an official emphasis on the oralist method of deaf communication, focusing on speech and lip reading. Sign language was on the brink of being totally eliminated throughout Europe. The National Association of the Deaf was founded in America to combat the oralist method and promote sign as the more effective practice.