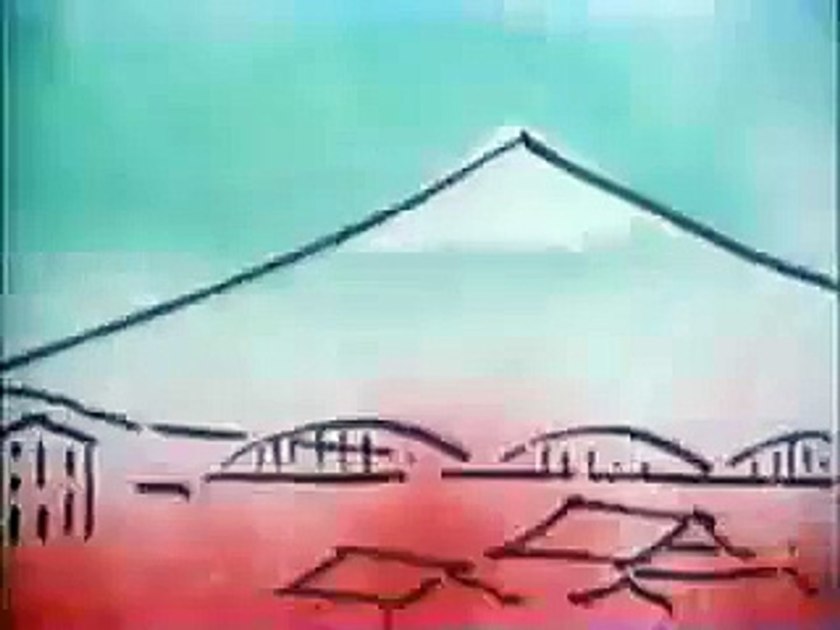 OR “Train of Thought”

The Plot: Armed with his 16mm camera and a ton of paper, animator Robert Breer rotoscopes his train ride in Japan that overlooks Mount Fuji. Instead of realistic animation, Breer opts for something more abstract, focusing on the minimum of lines and colors it takes to convey his trip. Punctuated by a real life train recording, “Fuji” distills the illusion of movement in film, and highlights what experimental animation is capable of.

Why It Matters: The NFR gives a rundown of Breer and how “Fuji” came to be. The write-up also cribs from avant-garde expert Amos Vogelm who called the film “poetic, rhythmic, [and] riveting”.

But Does It Really?: Oh sure. Robert Breer is just as deserving of NFR recognition as any of the other experimental filmmakers/animators on this list. And as a bonus, I always enjoy when an NFR movie takes me somewhere outside the United States. An appreciative pass for “Fuji” and Robert Breer.

Everybody Gets One: Robert Breer started off as an engineering major at Stanford, but turned to painting while in Paris in the early 1950s. Around the same time, Breer experimented with making stop-motion films based on his paintings. The film medium allowed Breer the freedom to continue tweaking with a piece, unlike the “rigid” absolute of painting. Breer was experimenting with rotoscoping when he visited Expo ‘70 in Osaka, Japan, and filmed his train ride near Mount Fuji.

Seriously, Oscars?: No Oscar love for “Fuji”. Best Animated Short that year went to “Closed Mondays”, a stop-motion short from the people that would one day bring you the California Raisins. None of Breer’s shorts ever received Oscar attention.

As is often the case with more experimental animation, my notes are irrelevant, so instead let’s play “Things I Thought I Saw in ‘Fuji’”: