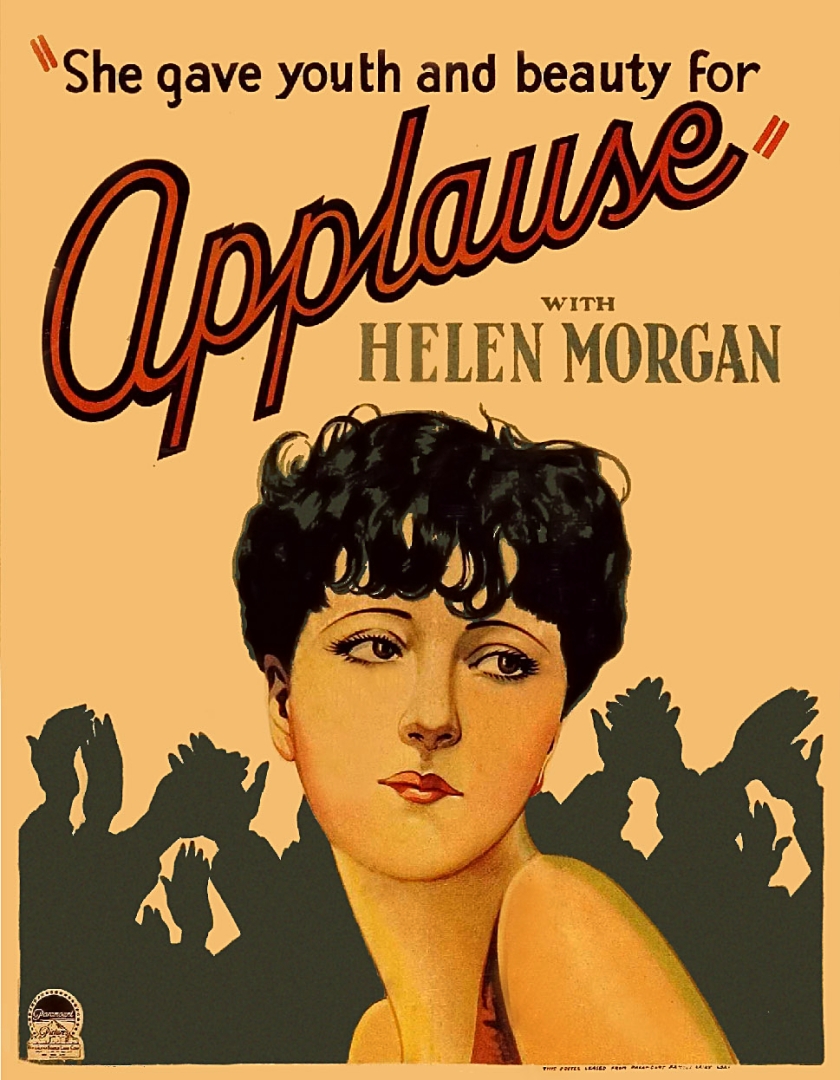 The Plot: New York burlesque star Kitty Darling (Helen Morgan) sends her newborn daughter April to a convent in order for her to have a better life. Years later, the now grown-up April (Joan Peers) returns to live with Kitty, only to learn that she is now an alcoholic has-been with an abusive boyfriend named Hitch (Fuller Mellish Jr.). After an attempted assault from Hitch, April roams around the city, and has a whirlwind romance with sailor Tony (Henry Wadsworth). Come for the depressing storyline, stay for the innovative use of camera and sound.

Why It Matters: The NFR applauds “Applause” for its “audacious style”, even citing comparison to “Citizen Kane” for its “cinematic innovation”. The work of Mamoulian and the principal cast are highly praised.

But Does It Really?: “Applause” is by no means a classic, but I get why it’s on the list. At a time when most movies were dipping their toes into what was possible with “talkies”, “Applause” cannonballs into the deep end with overlapping tracks and on-location filming, both of which were considered impossible with this new technology. The appeal of “Applause” may be reserved for die-hard film geeks, but we’ll take it!

Everybody Gets One: Not their only NFR appearance, but shoutouts to director Rouben Mamoulian and star Helen Morgan. Born in Georgia (the country), Mamoulian found success directing for the London stage. He moved to America and directed the 1927 play “Porgy”, as well as its more famous musical version in 1935 (Ironically, he was fired from the subsequent film production). Helen Morgan also had theater roots; her fame as a torch singer in Chicago nightclubs led to the legitimate stage, and ultimately the role of Julie in the original cast of “Show Boat”, a role she reprised for two film versions. Sadly, like her character in “Applause”, Morgan was also an alcoholic, and died at the age of 41 from cirrhosis of the liver.

Wow, That’s Dated: The main dated aspects of “Applause” are its backstage peak at burlesque and its extremely abusive attitude towards women. Also, thanks to one consistent background character, this movie gets a BLACKFACE WARNING. Sorry, this segment doesn’t always get to be the fun one.

Seriously, Oscars?: “Applause” had the misfortune of premiering less than a month after the Stock Market Crash of 1929. This bad timing, mixed with an ad campaign that focused on Helen Morgan’s glamour, led to “Applause” being a flop with critics and audiences. At the 3rd annual Oscars, “Applause” received zero nominations (though the National Board of Review named it one of their top 10 films of the year).  Paramount’s Best Picture contender that year was Ernst Lubitsch’s much more lighthearted escapist musical “The Love Parade”.