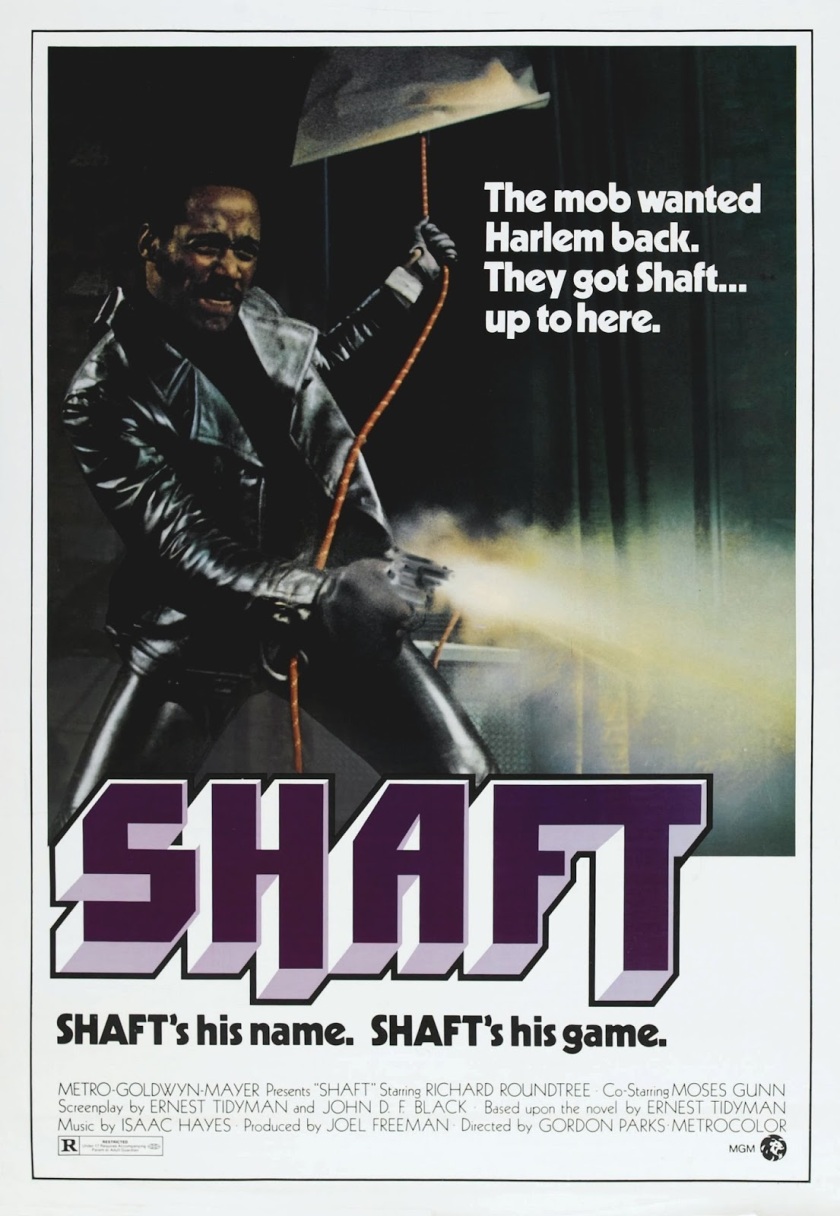 OR “Stop! Or This Mother Will Shoot”

Written by Ernest Tidyman and John D.F. Black. Based on the novel by Tidyman.

The Plot: Richard Roundtree is John Shaft, the black private dick that’s a sex machine to all the chicks. Shaft is summoned to the office of Harlam’s organized crime boss Bumpy Jonas (Moses Gunn), who hires Shaft to track down his kidnapped daughter Marcy (Sherri Brewer). Shaft uses his connections with the police department as well as with other gangs to track down the kindappers, learning in the process about an all-out race war the local Mofiosi is planning. Luckily, Shaft is the cat that won’t cop out when there’s danger all about.

But Does It Really?: It’s far from a perfect movie, and the blaxploitation genre is a tricky one to discuss through a modern lens, but if you’re willing to go along with it, “Shaft” manages to still be a fun ride 50 years later. In an era dominated by anti-heroes and racial oppression, Shaft tows the line as a strong African-American lead who talks back to the white establishment, solves the mystery, and gets the girl (several girls, actually). Everything about “Shaft” has remained iconic after all these years, from Richard Roundtree’s performance to Isaac Hayes’ unforgettable opening number. No argument here for the inclusion of “Shaft” on the NFR.

Shout Outs: One of Bumpy’s henchmen calls Shaft “Snow White”. Plus be on the lookout for “MASH” and “Patton” playing on a double bill.

Everybody Gets One: Richard Roundtree was one of the first members of New York’s Negro Ensemble Company, and “Shaft” was his first starring role in a movie, and only his second film! Although he will always be John Shaft, Roundtree has spent the last 50 years working in both film and television.

Wow, That’s Dated: “Shaft” is one of several NFR entries that highlight the gritty, dirty New York of the 1970s, to say nothing of the complex race relations of the immediate post-Civil Rights era.

Title Track: Isaac Hayes auditioned to write the score for “Shaft” by composing the opening sequence. The producers loved Hayes’ submission, and he got the job. The opening theme was originally an instrumental, and MGM requested that Hayes write some lyrics. Hayes jotted down the lyrics in 20 minutes, and the rest is history.

Seriously, Oscars?: “Shaft” was an unexpected hit, and saved MGM from bankruptcy (for the time being). Isaac Hayes received two Oscar nominations for the film; he lost Original Score to Michel Legrand for “Summer of ‘42” (seriously, Oscars?), but “Theme from Shaft” won Best Song, making Hayes the first African-American to win the award. Hayes’ performance of the song on the Oscar telecast is still considered one of the best musical numbers in Oscar history (low bar, but still…).

Listen To This: Unsurprisingly, the original soundtrack of “Shaft” is on the National Recording Registry. The Registry’s write up calls the album “as innovative and exciting as the film”, and includes an essay by Blaxploitation expert Josiah Howard. Right on.

Further Viewing/Listen To This, Too!: Gordon Parks’ son, Gordon Parks Jr., also made a popular, influential blaxploitation film: 1972’s “Super Fly”. The film itself has yet to make the Registry, but its soundtrack made the National Recording Registry in 2018.