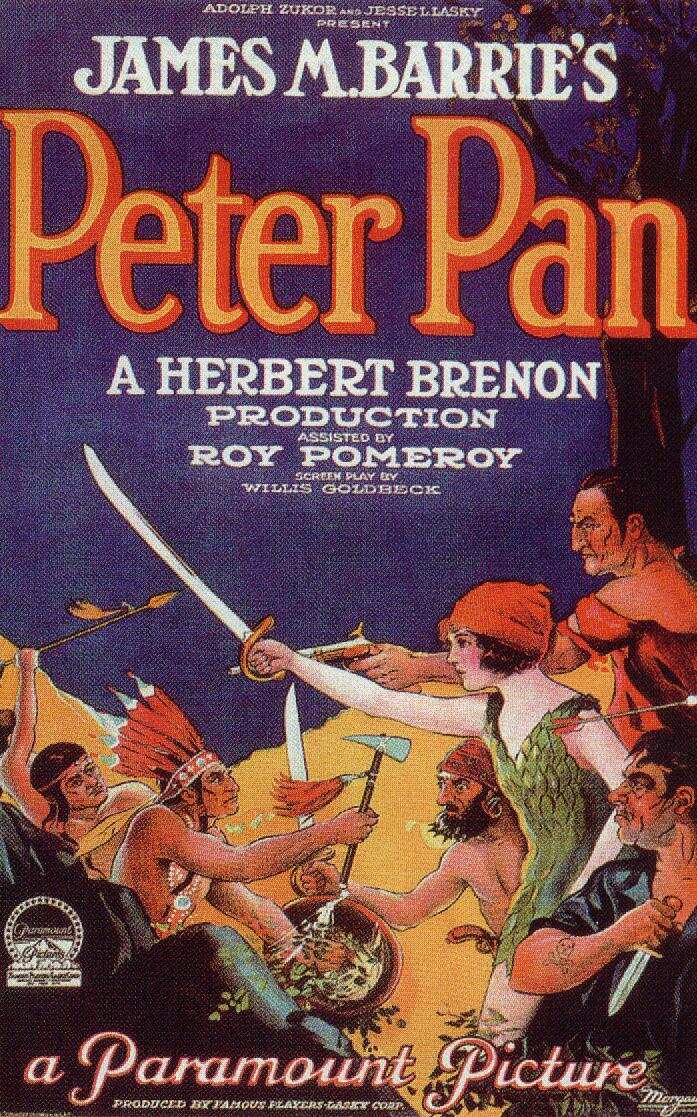 Written by Willis Goldbeck. Based on the play and novel by J.M. Barrie.

View the whole film below!

The Plot: Three innocent children (Mary Brian, Jack Murphy & Phillipe De Lacy) are persuaded to run away from home by an 18-year-old woman pretending to be a boy (Betty Bronson). They venture to a place where grown adults are tormented by children and where the natives are routinely disrespected. There’s attempted murder and Freudian quagmires galore in this beloved children’s classic.

Why It Matters: The NFR mentions J.M. Barrie’s initial reluctance and eventual support of adapting his play into a film, then goes on to praise the film’s special effects and Bronson’s “exquisitely stylized performance”.

But Does It Really?: This one gets a pass more for its historical merits than anything else. It’s the earliest film version of “Peter Pan”, and though eclipsed by later versions, was quite the success in its day. The film was also presumed lost for many decades, so it gets “Belloq film” status. While it never quite achieves what subsequent adaptations have done, this “Peter Pan” is as enjoyable as a silent version can be. Besides, if I say, “I didn’t like ‘Peter Pan’” out loud, another copy of a silent film somewhere drops dead.

Everybody Gets One: Betty Bronson was handpicked by J.M. Barrie to play Peter Pan. While her career never really took off, she did manage to transition from silent picture to talkies. Plus she’s in “Blackbeard’s Ghost”! While most of Herbert Brenon’s directing career was already behind him by 1924, he did manage to be among the very first Best Director nominees at the 1929 Oscars for “Sorrel and Son”. And at this point in his life, 64-year-old J.M. Barrie was still writing (though nothing as popular as “Peter Pan”) and was collecting lifetime achievement awards, including an Order of Merit in 1922.

Wow, That’s Dated: Oh how I wish this could just be about quaint phrases like “drowsing” or “perambulators”, but no, I have to give the REDFACE WARNING. As is often the case with “Peter Pan”, we get Tiger Lily and the other native Indians. While most of them are uncredited, it’s a safe bet that none of them are being played by actual Native Americans*. Oh, and I couldn’t find any additional information on Hook’s only black pirate; but please let him actually be black, oh please oh please oh please…

*UPDATE: From the AFI Film Catalog: “The Aug 1924—Jan 1925 issue of Motion Picture Magazine reported that [director Herbert] Brenon recruited members of the Nakota, an indigenous people in Western Canada, to portray the Native inhabitants of “Neverland.” You win this round, “Peter Pan”.