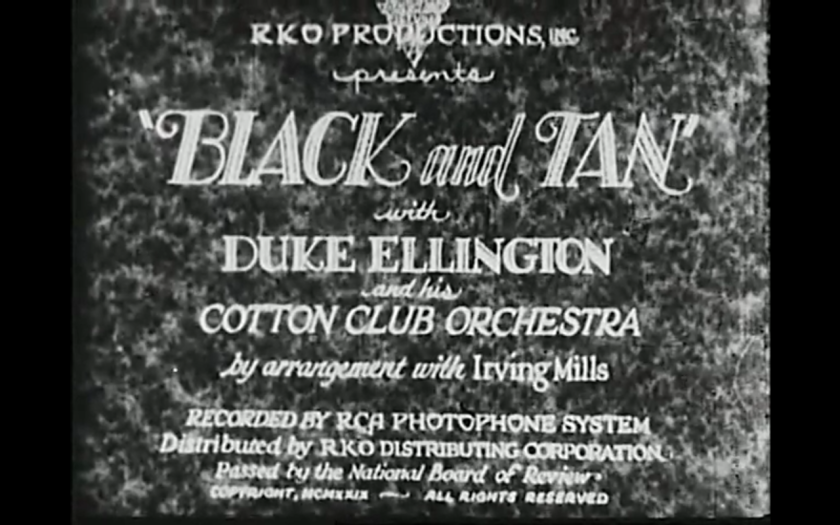 OR “The Gospel According to Duke”

The Plot: Duke (Duke Ellington) is an aspiring pianist who can’t catch a break. His girlfriend Fredi (Fredi Washington) lands a gig at a nightclub and arranges it so Duke and his band can perform there too. But Fredi’s heart condition rears its ugly head during the performance, and this look into the Harlem Renaissance gets real depressing real fast.

Why It Matters: The NFR singles out “Black and Tan” as “one of the first short musical films to showcase African-American jazz musicians”.

But Does It Really?: I give it a pass for Duke Ellington’s film debut, as well as its brief but important insight into the beginnings of the Harlem Renaissance. But be warned; for a short featuring several of Duke’s songs, it’s a real downer.

Everybody Gets One: Most of the creatives behind “Black and Tan” appear in Dudley Murphy’s fellow NFR entries “The Emperor Jones” and “St. Louis Blues” (the latter which was shot concurrently with this film).

Title Track: The song “Black and Tan Fantasy” appears throughout the short, and is referenced by name before its reprise in the finale.

Listen to This: How could the National Recording Registry possibly pick one Duke Ellington song for its inaugural selection in 2002? The solution; pick them all. The Duke Ellington Orchestra’s RCA Victor recording sessions were all preserved in one fell swoop, highlighting his collaboration with bassist Jimmy Blanton and saxophonist Ben Webster from 1940 to 1942. Perhaps best known of their work is “Take the A Train”.