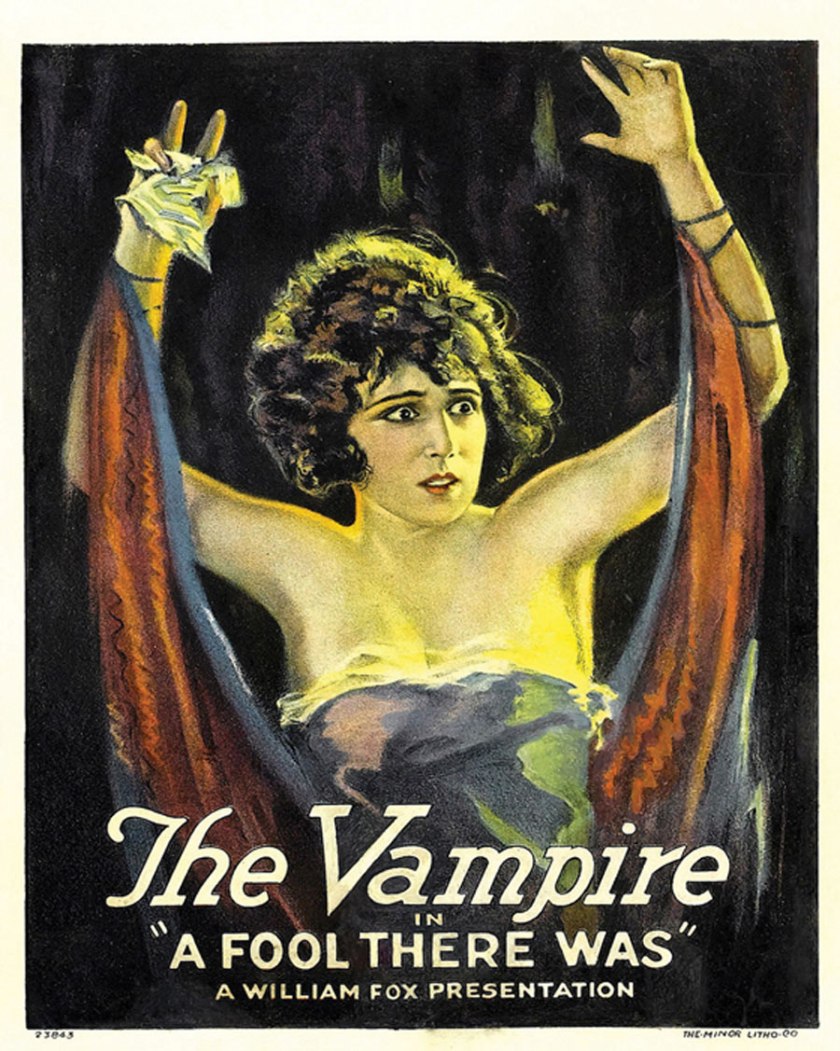 OR “Interlude with the Vampire”

Written by Powell and Roy L. McCardell. Based on the play by Porter Emerson Browne and the poem “The Vampire” by Rudyard Kipling.

The Plot: John Schuyler (Edward José) has everything you could want from life: a loving wife (Mabel Frenyear), an adorable daughter (Runa Hodges), and a successful career as a lawyer and diplomat. While on a ship bound for England, he meets a seductive young woman (Theda Bara) known only in the film as “The Vampire”. Known for seducing men, making them sacrifice everything to be with her, and then abandoning them, The Vampire zeroes in on John, and within two months they are living a sinful life in Italy. Upon his return home, John tries to ingratiate The Vampire into his home life, with the expected disastrous results. Can John salvage his marriage? Or will The Vampire claim another victim?

Why It Matters: Despite a lengthy write-up from the NFR, “A Fool There Was” receives no superlatives, just a quick rundown of Theda Bara’s screen persona and career, as well as information on her surviving filmography.

But Does It, Really?: Having endured my share of silent movies that are on this list for their historical merit rather than entertainment value, I am happy to say that “A Fool There Was” still holds up over 100 years later. Theda Bara has that “it” quality you need for the role of The Vampire, and overall the film is expertly directed. Ms. Bara is not well known today (that’s not entirely her fault, see “Legacy”) but the NFR should have at least one of her films on the list, and “A Fool There Was” is the natural (and pretty much only) choice.

Everybody Gets One: Despite the countless puff pieces of the day that claimed Theda Bara was the daughter of an Arab sheik or an Italian sculptor, Theodosia Burr Goodman was born in Cincinnati to a Polish tailor and a Swiss housewife. Theda attended the University of Cincinnati, acted in local productions, and moved to New York to pursue acting (the major studios hadn’t moved to Hollywood yet). Fun Fact: Theda’s birth name is a tribute to Aaron Burr’s daughter (like the song!).

Wow, That’s Dated: Ships as a major mode of transportation, and receiving important news via telegram or newspaper.